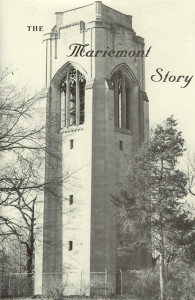 Mariemont was a New Town when it was created in 1923, the result of the foresight and a keen interest in people on the part of Mary M. Emery, a well known, public-spirited, Cincinnati widow.The town was not an ordinary real estate development. It was carefully planned by a nationally known leader in the field of planning, John Nolen of Cambridge, Mass. It was rightly called a “National Exemplar in Town Planning”. This hardcover book first published in 1967 and authored by Mariemont Company Village Engineer, Warren Wright Parks, includes maps, early aerial photos and progress pictures. (published by Mariemont Preservation Foundation, 4th edition 2000)